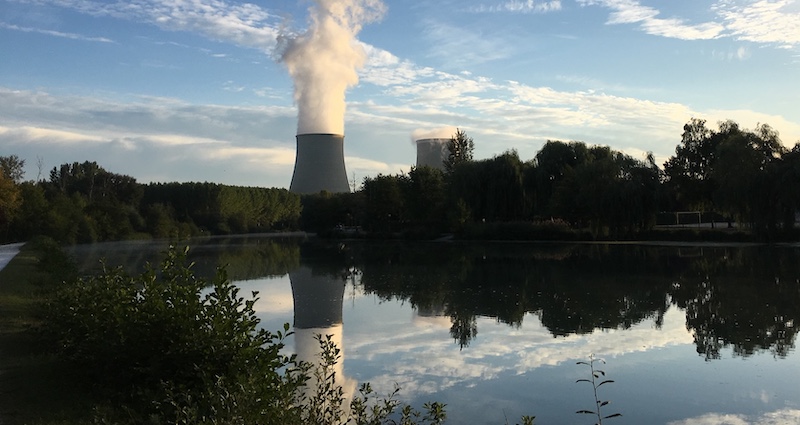 Last week, the Annual Nuclear Conference was held in Stockholm were speakers and experts from an international arena gathered to discuss the potential for nuclear power in a sustainable energy system.

The topic was explored through social, ecological, and economic perspectives, sparking debate and also highlighting an openess to broaden the discussion to also include stakeholders from the renewable energy sector in the debate.

Thomas Unger, Profu, gave an opening speech where he presented results from a recent survey, commissioned by Energiforsk, on researchers position on whether nuclear power should be considered sustainable or not. Findings showed that the grayscale, the nuanced approach where no definite answer was given as it depends on context, dominated. However, articles and reports that were most frequently cited were those that took a clear standpoint, for or against nuclear. This highlights the polarising nature of nuclear power regarding whether it should be a part of a low carbon sustainable energy system or not.

During the conference the topic of nuclear power and sustainability was explored through social, ecological, and economic perspectives, sparking debate.

–The conference presentations and debate indicates that the major challenges of nuclear power is not related to ecological sustainability. It is rather other factors affecting the future potential of nuclear power. On one hand it is related to political conceptions and on the other hand costs, and project planning and performance, which to a large extent lies in the hands of the industry itself. However, these hurdles can not be solved without long-term state, and thereby political, support. Thus, the industry has to prove that nuclear power is relevant to gain such support, says Carl Berglöf, Swedenergy.

There were others also expressing the need to discuss nuclear power not as an isolated topic but rather placing it in a context of social and economic conditions which will be specific to different regions and countries. Jenny Palm, IIIEE, expressed the need to ask:

–When is nuclear the right way to go and when should we opt for other solutions? Jenny Palm, IIIEE

Building on this expressed need, to include a broader set of variables in the discussion, was the necessity to consider the specific energy mix within each country considering deployment of a nuclear programme. If climate change mitigation and carbon emission reductions is the goal, for which nuclear power is considered as a solution, the impact on decarbonisation this energy source will have is inherently different from country to country. No energy source on its own will be enough to meet the challenges facing us in the task of ensuring a secure energy supply that is sustainable and renewable. Polina Lion, Rosatom, commented that it is necessary to have these conversations with a broader set of stakeholders involved to diversify the conversation.

–We are all in agreement, but we need to talk with the renewable energy sector as well. Polina Lion, Rosatom.

Kirsty Gogan, Energy for Humanity, highlighted the challenging environment to secure investment for nuclear programmes and the institutional challenges that nuclear power faces that are unlike other technologies’. These challenges, of social nature, were also raised by Fredrik Hedenus, Chalmers, who argued that the process of normalising policy and regulation will take too long to enable the speed of implementation necessary for urgent mitigation efforts. Especially within a Swedish context, these settings were found to significantly impact whether nuclear would be a part of a sustainable energy system due to high costs in relation to cheap renewable energy deployed on a large scale. The increase of future energy demand, for example resulting from the necessity of negative emissions technologies beyond 2050-2060, was argued by Kirtsy Gogan to negate such long-term challenges as high demands for energy will still need to be met.

During the day high level of commitment and ambition was expressed to contribute to a sustainable energy system. If you wish to learn more and get more information about the presentations, you can visit the conference page for presentation abstracts and slides.