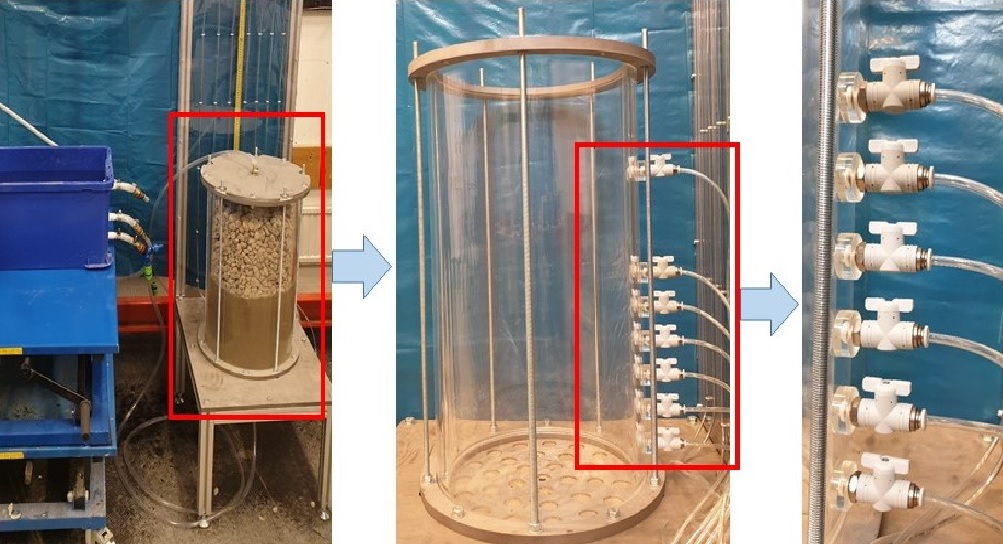 The research consists on an experimental investigation of the effects of hydraulic loading on the initiation of internal erosion by suffusion in glacial till dam cores. The main experimental variable is the hydraulic gradient, which is applied both as a constant load and as an incremental load. Other variables included in the study are the soil density and its particle size distribution. The boundary test condition defined by the open size of the filter is also included. The definition of all mentioned parameters intents to simulate potential in-situ conditions in Swedish dams.

Results
Results are to compiled in an approach that could be applied in the safety assessment of dams with glacial till core.