Preliminary results of the project

Is there something, some results, that has emerged during the project that you did not expect?
Composite Metal Polymer (CMP) coatings should be tested on larger surfaces to prevent general overgrowth of deposits, since these has a tendency to overgrow the test samples as well, which does not give a correct picture of the possibility of CMP to prevent fouling. 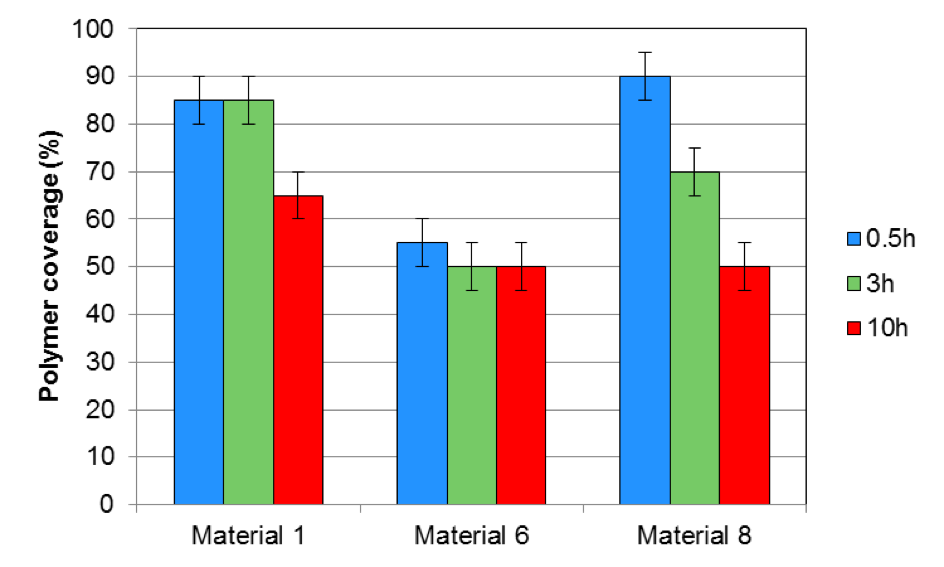 Field exposure at Öresundskraft Vesthamnverken. CMP samples after one firing season in the cone under the electrostatic precipitation filter.